PRE-NUPTIAL SOLICITORS CORK, MIDLETON AND DUBLIN: NOT JUST FOR THE RICH AND FAMOUS! 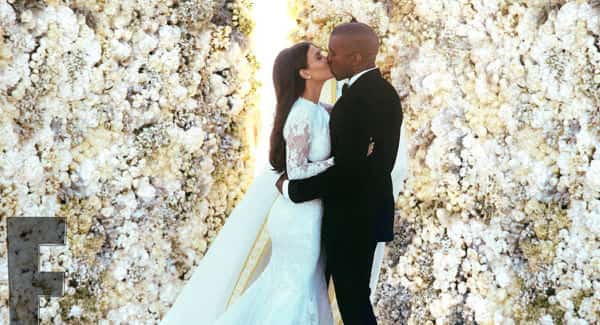 Solicitor Karen Walsh explains why signing a pre-nuptial or marriage contract makes sense. As pre-nuptial solicitors in Cork, Midleton and Dublin, Walsh and Partners LLP can guide you through the Irish legalities and prepare a well written contract that covers the most important aspects of your agreement.

Kim Kardashian tied the knot with Kanye West after a brief courtship.

It has also been reported that Kim and Kanye ironed out the details of a pre-nuptial agreement.

To them, it is about being practical, and it offers them predictability upon entering an institution that is often unpredictable.

It is a mutual decision. Both parties understand the business side of things, and when two people bring individual wealth into a marriage, it is simply the intelligent thing to do.

A pre-nuptial is just plain smart. While the idea of a pre-nuptial agreement sounds very Hollywood, you do not need a villa in Marbella or a yacht on the French Riviera to benefit from the protection one could provide.

As the average age of parties entering into first-time marriages continues to rise, people tend to have more wealth accumulated. People have more assets of their own before they get married, which they do not want to risk losing, if they end up getting divorced. Often, one party has taken over or inherited the family business or farm, which has been in the family generations, prior to getting married. As pre-nuptial solicitors Cork, we can talk you through everything you need to know about the legalities of pre-nuptial agreements in Ireland

Pre-nuptial agreements, as unromantic as they may sound, can eliminate disputes at the time of divorce, if the marriage ultimately fails.

A pre-nuptial agreement is essentially a formal agreement which can be drawn up for you and your partner. It sets out how you would divide your assets if you decide to divorce in the future.

The agreement can serve as a snap-shot inventory of assets and debts owned or incurred by each spouse prior to marriage, can convey interest in property between the parties, or dictate that neither spouse will acquire an interest in each other’s property.

If you already have wealth, property, savings or inheritance, a pre-nuptial agreement could help to provide an extra level of reassurance before entering into a new marriage. It may also be helpful if you have been married before, and want to ensure that any assets you have built up over the years are safeguarded for any existing children’s inheritance.

Any asset, no matter how big or small, can be included in your pre-nuptial agreement, so that could be savings, property, income or even pensions, all of which could be split if you get divorced. Only financial matters can be dealt with within the agreement. It cannot be used to make arrangements for any children.

Although there is no set formula for a pre-nuptial agreement, the kind of agreement used by most couples would be most straightforward, and state that the property owned by each party prior to marriage (or civil partnership), will remain theirs, should the relationship end.

It would also set out how property acquired during the relationship should be treated. A statement that neither party should have a financial claim on the other, should the relationship end, is also common.

While a pre-nuptial agreement is not recognised under Irish law at present, this does not mean it is pointless getting one. Each case of course will depend on its own facts and circumstances.

A couple contemplating a pre-nuptial agreement should have a frank discussion about such an agreement, at least six months in advance of the anticipated wedding. Both parties can then put the matter behind them and focus on one of the happiest days of their lives.

It is critical that each party receives independent legal advice, to avoid either party claiming that they were misled, did not understand, or were not fully informed when signing. It is also essential that both parties provide each other with “full and fair” disclosure of their financial circumstances, including all debts. Both parties must enter into the agreement under their own free will.

It is also essential that both parties have adequate time to read, review and contemplate the agreement prior to signature. To avoid any suggestion that either party was bullied into it, it should really be signed no later than a month before your wedding.

The closer to the wedding day it could be seen that the more under pressure either party may have felt. If it is getting too close to the marriage date, you could perhaps consider signing a post-nuptial agreement — i.e. after the wedding — instead.

It is important to review the agreement periodically — especially after the couple has children.

The cost of getting a pre-nuptial agreement properly drafted by a solicitor can be relatively low compared to the benefits which could be gained following separation. Both parties will need their own solicitor.

While some people consider pre-nuptial agreements to be just for the super-wealthy — or the unromantic — and an admission that the marriage is doomed in time, more people may start viewing them as downright practical, and an important part of protecting their own and their families’ assets.

Marriage is as popular as ever, and I guess that the only way to stop divorce is to stop marriage! One could argue that it could be considered an act of love to map out a safe exit strategy before you enter the marriage, in order to make sure that not only you, but also your partner as well, knows that there will be no war should hearts and minds, for any sad reason, change.