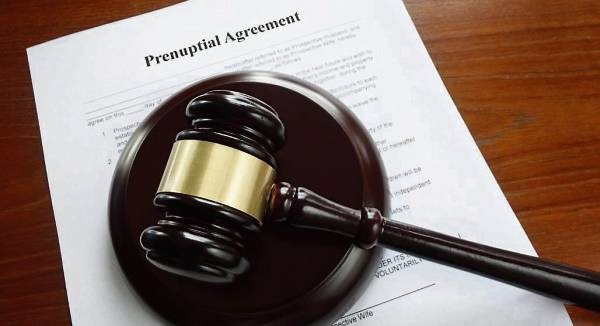 Walsh and Partners LLP are family law solicitors Cork, Midleton and Dublin, we offer expert advice, support and legal skills in the area of familial law. For most of us, conversations about money can be uncomfortable. There is an age-old tradition in Ireland that people do not speak about money, be it their savings, investments, income, debts or otherwise. However, it is very important that couples planning on getting married sit down and have these awkward conversations. It is important to engage expert family law solicitors from the outset.

Although the thought of a potential separation or divorce is one which couples never want to tackle when newly married, the prospect of having to split assets in the event of marriage breakdown is a daunting one, and having a pre-nuptial agreement can lead to peace of mind. Young farmers getting married will want to protect their assets, as it is common for farms to stay in families for generations.

Parents when transferring land or a farm to their children can be anxious to keep the farm in the family and would prefer it is not sold or divided.
The difficulty is that if the land is divided or split, it may be unfeasible to derive an income from the farm, and it would potentially be no longer viable and may have to be sold at potentially reduced value.

A farm is not just a business. It is for most farmers a way of life, with entire families and extended families working on farms, and parents or grandparents working well into their old age. For most couples where one is a farmer who owns a farm or is due to inherit a farm, the other party has no wish that the farm be divided, if the marriage breaks down.

A prenuptial agreement can ensure that this does not happen, while still ensuring division of assets is fair to both parties. When a marriage breaks down, and the couple cannot agree on how to divide the assets, a court must decide how to distribute their assets. Proper provision must be made for both spouses and for dependent children.

The court will take into account the length of the marriage, the financial contribution or other contribution both parties made to the marriage, the current and predicted future income, the earning capacity and assets of each party and the accommodation needs of both. Each case is decided on its own circumstances. The court will also look at the welfare of the children before making an order.

There are several factors to ensure that the agreement will be considered by the court if the marriage breaks down, and the court is making an order in respect of distribution of assets. Both parties should receive independent legal advice from family law solicitors before signing a prenuptial agreement. This will help to prevent any decisions being made under duress or undue influence, if both parties are advised fully as to legal implications of signing the agreement, particularly in respect of the division of assets.

The parties involved should not rush into signing an agreement. It is advisable that the agreement should be signed six months before the wedding, and adequate time is taken to read, review and amend the agreement.The parties involved should fully disclose their financial position including all assets, income, liabilities and debts. If they do not do this, there is a risk the court may take the view the agreement was not entered into in good faith, and may not make an order based on the terms of the agreement. It is also advisable to update the agreement on a regular basis, particularly after life-changing events such as having children, or inheriting or acquiring further significant assets. A review clause should be inserted in the agreement to allow it to be reviewed every few years.

Nobody likes to plan or make contingency for a marital breakdown, when they are about to enter into a marriage.However, it may suit the parties to have an agreement in respect of division of assets in the event of marital breakdown. Although it is not enforceable, the court may wish to honour the parties’ wishes when making an order in respect of division of assets. The parties would have the option to enter into a separation agreement based on the terms of the pre-nuptial agreement, by consent. However, if the matter is contested by one of the parties, the court will then make an order based on proper provision, but may be led or influenced by the terms of the prenuptial agreement. If you wish to enter into such agreement, it is strongly recommended you seek the advice of family law solicitors to draft it for you.