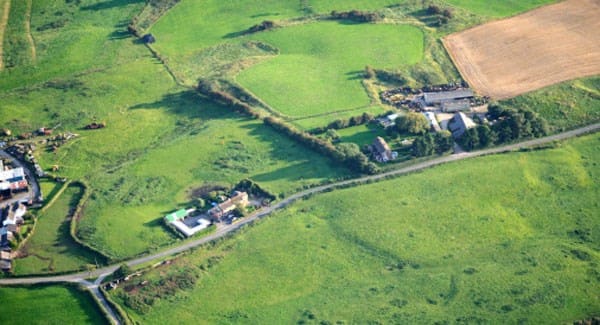 I left Ireland 13 years ago following the death of my father. My mother had passed away previously.

I moved to Wales for work and I have been living there since then. My father left the family farm to myself and my brother who is my only sibling, in equal shares.

My brother is almost 10 years my senior, and when he turned 18 he went to college and started his life off the farm. Throughout my teenage years I helped my aging father in farming the land, and I spent my entire life doing that until I was 30. My brother had decided to move home and, having nothing else to do, suggested to me that I try my luck elsewhere and leave him to do the farming for a few years.

I had never experienced any other life than farming and so I was happy to do this.

I came home after five years and repaired the entire fencing system.

I incurred the cost of this myself, as I had saved quite a bit of money. I always knew — and my brother knew — that I would be returning home after a while.

Now I have moved home for good, and my brother has told me that he now owns my share of the land since he has been farming it for more than 12 years and has squatter’s rights over it. This can’t be true. Is there anything I can do about this? Have I any rights to my land?

The rules of adverse possession can be complex to understand, and are particularly dependant on the facts of the case.

Your brother is correct that the relevant time-period for which a person must be in possession of land in order to take the land through adverse possession or squatters’ rights is 12 years in the case of a claim over privately-owned land.

In order for adverse possession to be established, the adverse user must dispossess the owner of the land from his land.

As stated by the High Court in the case of Doyle v O’Neill, (unreported, 13 January 1995), the person claiming to be in adverse possession must have possession “such as could leave no doubt in the mind of a landowner alert to his rights that occupation adverse to his title was taking place”.

The person taking the claim is required to have excluded all others from the land including the land owner, for the 12-year period. This is established by physically occupying the land in a manner inconsistent with the owner’s title. It is unlikely that you would be found to have lost possession in this case, as you repaired the fencing. There is a presumption of continuation of possession, and as clarified in the case of Dunne v Iarnród Éireann [2016] IESC 47, the use of the land by the landowner occasionally means that the individual using the land is not using it exclusively.

Even if possession could somehow be established based on facts not divulged, the possession your brother is relying on has not been continuous as you came onto the land after five years and erected fencing, which is a clear exercise of your ownership rights.

It is also not possible to succeed in a claim for adverse possession where the claimant has permission to use the land. The agreement you and your brother had for him to farm the land for a number of years while you explored other avenues is clearly permission from you for him to use your land alongside his own land.

It is highly advisable to contact a solicitor, in your situation, in order to establish the exact legal position here.