The rights and obligations of dog owners 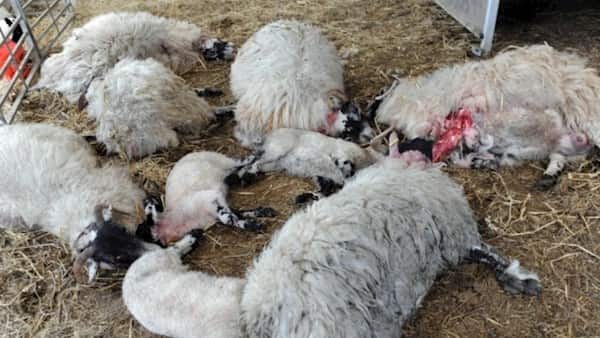 A farmer should only consider shooting a dog in the most extreme circumstances, writes Karen Walsh

Many farmers own dogs.

They are genuinely friendly creatures. and serve as a companion, a threat to intruders, an alert when something is wrong, rodent catchers, often cattle herders, and occasionally a menace to livestock, particularly animals on neighbouring farms.

The owner of a dog has a duty to prevent damage being caused by the dog, and will be liable in damages for an attack by the dog on a person, and for injury to livestock.

The owner of a dog is held to be strictly liable for any injury caused by the dog.

Dog owners will generally be happy, when their dogs catch rodents, or frighten them off.

However, dogs can also attack sheep and lambs, and this is a major problem for farmers, and can be detrimental to their livelihood, due to the adverse financial consequences of losing some of a flock.

Dog owners in general should ensure that their dog does not chase sheep.

It is possible to train certain breeds of dog not to chase sheep.

It is in everyone’s best interest that a dog not chase the sheep of a neighbouring farmer, as this can cause huge problems.

Ideally, it is advisable for farmers to catch a dog that is chasing livestock, and bring it to the vet to read the microchip, in order to determine who owns the dog.

If this is possible at the time, it could contribute greatly to solving a dispute.

Under the Micro chipping of Dogs Regulations 2015, all dogs must be micro chipped by the time they are 12 weeks old.

Dogs will chase and attack sheep, given the chance.

A farmer should approach the situation with utmost caution, and shooting a dog is a very last resort.

Shooting the dog will only be allowed by law where it is reasonable, and provided that the farmer has the correct firearm licence and certificate.

Farmers are entitled to shoot out-of-control dogs under the Dangerous Dogs Act 1991. However, this should be avoided, as the question then arises whether the farmer is liable to the dog owner for killing the dog, and whether this will give rise to criminal charges.

That depends on whether shooting was reasonable in the circumstances.

If the dog was simply in the field and not bothering the livestock, for example, it would not be reasonable to shoot it.

Effectively, the farmer must be confident that the dog is harassing livestock, and has not left the vicinity, and it is impossible to establish the dog’s owner.

It is advisable for the farmer to inform the Gardaí, as this can help to provide a defense in the event of proceedings being brought against him in the worst case scenario of shooting the dog.

If the dog kills, attacks or chases livestock in a manner that could reasonably be expected to cause death, injury or suffering to the livestock, or result in financial loss to the owner, the dog’s owner is guilty of an offence, and the incident should be reported to the Gardaí.

In the case of sheep being chased and worried, resulting in a higher than usual number of still-born progenies, this may also constitute an offence.

A farmer should only consider shooting in the most extreme circumstances, as if it is disproportionate, then the farmer could well be left in a situation where he truly believes that he was justified in shooting, yet a Court may consider otherwise, based on the reasonableness of the shooting.

Shooting a dog can also give rise to a potential firearms difficulty.

Under the Firearms Act 1925, there can be a risk of prosecution, if the farmer failed to comply with the conditions on the certificate which was issued when granting the licence.