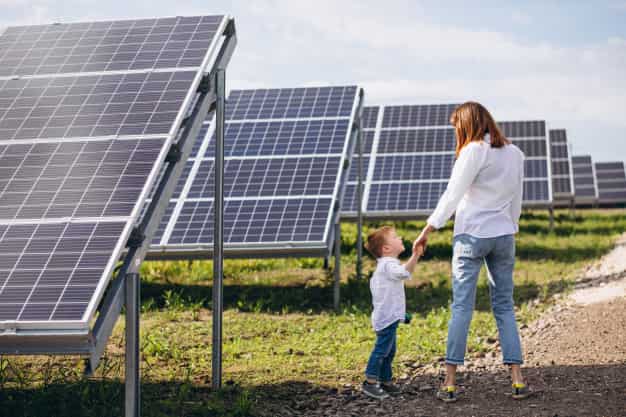 The Renewable Energy Directive (red) 2009 sets out binding targets for each member state, with the aim being that, in the EU as a whole, renewable energy will account for a minimum of 20% of all energy consumption by 2020.  The Irish Government must achieve 40% of electricity generation from renewable energy sources by 2020 or may face penalties. Windfarms are the more established form of renewable energy that has been in existence in the Republic of Ireland over the last number of years. Recently, there has been an impetuous towards developing solar energy in the Republic of Ireland. This is at an early stage and no solar projects are up and running yet. However many landowners have entered into agreement with developers with a view to solar development being erected on their lands. From a legal point of view, the landowners, who are normally farmers, have to agree that the solar developer has an option over their lands. There is then an option period of 2 years which can be extended by a further 2 or 3 years which gives the developer an opportunity to explore the option. This period normally allows the developer to make an application for a grid connection and for planning permission. One should instruct a solar farm solicitor.

On the basis that the option is viable, the developer and the landowner then normally enter into a long-term Lease which is typically 25 years in length. The developer will not make an application for planning until an Option Agreement has been signed by the landowner. Almost, 150 planning applications were lodged in 12 months between October 2015 and October 2016. The highest concentration of these are in the south and east, mainly in Cork and Wexford.

However, it should be noted that the Lease is not signed contemporaneously with the Option Agreement and there is still some scope for further negotiation when the Lease is signed. The main terms of the Lease such as remuneration will normally not be negotiable at this stage, but if issues have arisen during the option period, there is an opportunity for the landowner to rectify this before the Lease is entered into. The Lease is a long term commitment and it is important that the parties entering into it are happy with the terms contained within. Accordingly it is imperative that you obtain legal advice in respect of the terms of the Lease.

One of the key issues that the developer has to consider before entering into a Lease with a view to erecting a solar development is Rights of Way or Wayleave in order that they can lay the appropriate pipes from the grid connection onto the land where the development is situated. In order that they are able to do this, they need the consent from the adjoining landowners and they are normally required to sign a document known as a Right of Wayleave or a Wayleave Agreement. This is a legal document which grants permission for the Developer to have a right of way over the adjoining lands. The document will normally be drafted by the Developer and they will compensate the landowner financially to obtain this right. It is imperative you instruct a solar farm solicitor to get legal advice in respect of the terms before signing.