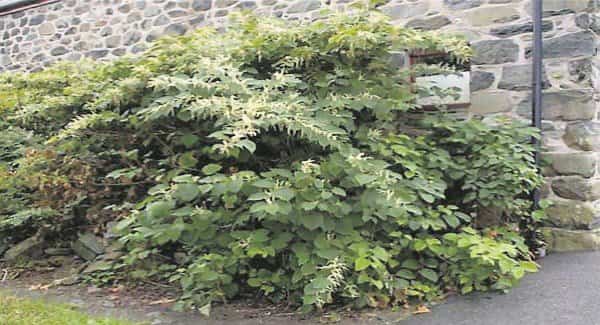 Under the Noxious Weeds Act 1936, it is an offence to allow noxious weeds to grow on your land. An Garda Síochána possess investigative powers. As a result a notice for destruction of weeds can be served upon you. On failure to comply with this notice, one may be at risk of an offence and liable to pay a fine of up to €1,000.

However, Japanese Knotweed is not presently classified a noxious weed. It appears the legislation does not presently apply to it. Any person who plants, disperses, allows or causes to disperse, spreads or otherwise causes to grow Japanese knotweed shall be guilty of an offence. Furthermore, Sections 52(7) and (8) of the Wildlife Act, 1976, as amended, make it an offence to plant or otherwise cause to grow in a wild state exotic species of plants. However, local authorities have no direct enforcement role in relation to invasive alien species.

The National Parks and Wildlife Service is the primary regulatory and enforcement authority. Due to limited resources, they tend not to investigate reports of invasive species on private land. Budgets have been allocated to County Councils to deal with Knotweed control. This involves educating landowners, including providing courses and literature.

Japanese knotweed can be disposed at a deep-fill licenced landfill site. It is advised that you first check with the landfill if they can and will accept the waste. You may need to apply for a licence from the National Parks and Wildlife Service to move Japanese knotweed material or infested soil off site. Only a licenced waste carrier can legally transport the waste to the landfill. The landowner is responsible to ensure that they are not causing or allowing it to be dispersed or spread. It is an offence for anyone to cause or allow it to be dispersed or spread.

One of the key issues landowners should be aware of is the law of private nuisance in respect of a Japanese Knotweed claim.

Two recent English court decisions deal with this in the context of private nuisance claims by neighbouring landowners. The first case is Waistell v Network Rail Infrastructure Ltd. In this case, two house owners sued for nuisance against Network Rail. Network Rail owned an active railway line and embankment behind the houses. Japanese Knotweed had existed on the embankment for 50 years. It was alleged it had encroached on the house owners’ lands. They sought damages because the value of their lands was reduced by presence of Japanese Knotweed.

In the second case, Smith and another v Line, the defendant owned a large tract of beachside land. She sold a house on it in 2002 for £200,000. She retained most of the land for grazing and, in summer, public car parking.
The purchaser of the house discovered Japanese Knotweed on the land in 2003.  The purchaser complained to Ms Line. Ms. Line suggested that, in fact, it had encroached from the claimants’ land onto hers. They sued for nuisance. The court granted a mandatory injunction requiring Ms Line to enter into a contract with a reputable contractor to treat the knotweed on her land. The court ordered her to pay the claimants’ costs.