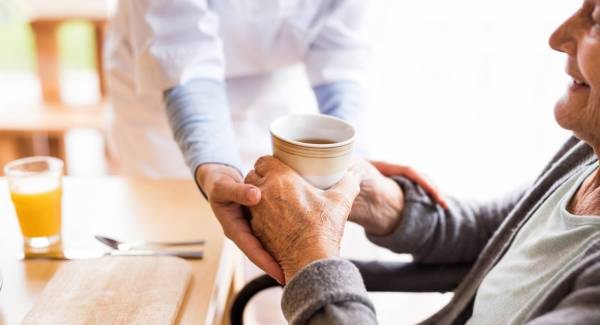 Having an up to date will one of the legalities that prevent difficulties down the line, writes Karen Walsh.

I don’t want to put my mother in a nursing home.

My mother, who is in her 70s, fell and broke her hip last October, and it’s brought some things to a head at home.

I’m a single woman in my 40s, with a good job, own my house, and get on very well with my mother and brother.

Our father passed away a number of years ago, and my brother took over the farm from a young age.

He is married, his wife has a part-time job, and they have two children, who all live in the farmhouse.When my father died, my mother didn’t want to leave her house, so she paid for and built a granny flat by converting part of the downstairs house into her own space.

When she broke her hip last year, I had to take time off work to take her to hospital and physio appointments afterwards, and ensure she had everything she needed.

I offered for her to move into my house, as it’s in the local town, but it’s a two storey, and I would have needed to convert a room downstairs into a bedroom, although that would have been OK.

My sister-in-law was quite affronted when I suggested they could do more, such as take her to Mass on Sunday, but they said they couldn’t, there was too much farming to be done, and they would need to get a minder for the children!

In the end, it was easier to do it myself.

I’ve no doubt they do loads for her when I’m not there but, from the outside, it doesn’t look like that, and she seems very hesitant to ask them to do things.

Since her hip accident, she has needed extra help with everyday chores, and I recently called to the house one evening to find she was still in her bedclothes.

Also, the knock took a lot out of her, and she seems to be becoming more “scattered”, forgetting that I brought her things yesterday; not remembering that she has two grandchildren; and asking after old neighbours who passed away years ago.

But I’m now wondering what to do?

My brother and his wife don’t seem to want to be more hands on, and I don’t have the time, unless I give up work or go part time, which I’m willing to do.

But I’m concerned about the cost.

The main farmhouse is still in her name, and I know she has some savings, but I’m not sure how far they would stretch, as nursing homes seem incredibly expensive.

Do we have to pay for all the home help, or could the house be sold, if she had to go into a nursing home?

This is a difficult situation for everyone.

The first and most important matter that needs to be addressed is your mother’s health, and you should arrange for her to be seen by her medical practitioner.

You say she seems forgetful and confused, and you will need to consider that it could be the early signs of dementia.

Depending on what the doctor says, it would be important at this stage that your mother ensures her will is up to date, and accurately reflects her wishes, or to put a will in place if she has not made one.

This may all seem like rather morbid advice, however, it is always important to take care of these things in a timely manner to prevent difficulties down the line.

Your mother should also give consideration to creating an enduring power of attorney, otherwise known as an EPA.

An EPA gives a person chosen by your mother legal authority to make decisions on her behalf about her financial affairs, property and welfare, should she lose the mental capacity to do so.

It is a legal document which only takes effect in the event that the person becomes mentally incapacitated.

The person creating the EPA is known as the donor, and in the event of him or her becoming mentally incapacitated, the power to deal with the donor’s money and assets transfer to the Attorney.

The attorney can be anyone of the donor’s choosing, be it family or friend.

An EPA is a very important and helpful document to have in place.

It is crucial, however, that it is created before a person starts to deteriorate mentally because if you wish to create an EPA you must be of sound mind and have mental capacity.

In your case, it would be wise to look at creating an EPA to give you and your mother peace of mind for the future.

The home help service provides support to people in the community who need help with day-to-day tasks because of illness or disability.

The service assists people to remain in their own home and to avoid going in to long-term care.

The Health Service Executive (HSE) either provides the home help service directly or contracts non-profit or private providers to supply the service on its behalf.

There is no means test for HSE home care services, and people who receive these services do not have to pay for them.

The home help service is usually for a set number of hours of assistance each day or each week.

In relation to the nursing home, I would advise you to consider the relief available through the Fair Deal Scheme.

This will involve making an application for a care needs assessment.

There will then be a financial assessment which takes account of income and assets.

An eligible applicant must provide 80% of assessed income and 7.5% of assessed assets each year. There is a three-year cap on payments. This means that, in respect of the principal private residence, the maximum contribution that can apply is 7.5% of the value of the residence for the first three years of care.

You say that your mother owns the farmhouse, and has money in a bank account. You are not clear on whether or not the farm has been transferred. I presume it has.

Under the Nursing Home Support Scheme Act 2009 (the scheme is known by many as the Fair Deal scheme), assets which have been transferred within a five-year period before the application is made for State support or ancillary State support will be considered for the purpose of calculating the applicant’s means.

This means that the farm is included in the assessment of assets unless it was transferred to your brother ore than five years ago.

I would urge you to talk to your brother, and sister in law.

Clear and effective communication with no blame attached goes a long way.

This way you could determine who is doing what for your mother, and the options that you need to consider for her future.